The Owl of the Durotriges by Yassmin Sanders 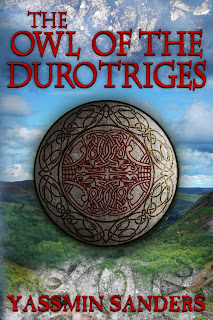 I started writing The Owl of the Durotriges after completing a degree in Archaeology and Classical History at Canterbury in 2008.  I undertook the part-time degree for curiosity and interest rather than a career choice.  My specialist area was deposition in boundaries but the more I read about the late Iron Age, the more fascinated I became with the era in general.  Archaeology tells us about social history rather than the history of kings and queens and I was able to imagine how the people lived at that time.  At the end of the degree I realised that I would lose this knowledge unless I put it to good use and kept up the reasearch and so I began writing.
I was fascinated by the fact that there was a roaring trade between Hengistbury Head and Brittany well before the Romans arrived and I wanted to challenge the classically-biased  belief that we were a bunch of barbarians before Caeser or Claudius.  I set the main action in Hengistbury Head and as soon as I began to write, the characters seemed to announce themselves on the page.  Chela, our heroine, is a healer.  I once trained as an aromatherapist and had to learn all about the medicinal uses of plants and herbs - this seemed an opportunity to make use of this knowledge too.  I also included druids but I wanted them to be politically active rather than simply a benign priesthood.  The story changed and had very many edits and re-edits until I was happy with it.  My main aim, however, was to tell a good story rather than use the book as a platform to promote the Iron Age. I hope I have succeeded, but that, of course, is up to the reader to say.
You can see more on my website:  www.yassminsanders.com
Posted by Deborah Swift at 10:21 2 comments:

To the Fair Land by Lucienne Boyce 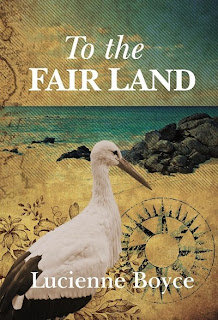 I sometimes wonder how I managed to combine all the elements of To The Fair Land – Grub Street, Captain Cook’s voyages, murder, fantasy, elopement, the search for the Great Southern Continent... It’s always hard to trace the beginning of something but I would say that the initial spark that eventually brought together these apparently disconnected themes came from Frances Burney, who is one of my literary heroines.

That initial glimmer was my fascination with the secrecy surrounding the publication of Frances Burney’s first novel, Evelina. The book was published anonymously to preserve the author’s modesty. Although there were many fine women novelists in the eighteenth century, attitudes towards them were often hostile and misogynistic. Women who wrote attracted criticism and notoriety which had more to do with their gender than their work, and no respectable woman would seek such attention.

It has also been suggested that the reason for Frances’s secrecy was that the Burneys wished to avoid attracting undue attention to themselves because of certain shocking family secrets. Two of Frances’s step-sisters eloped, and her brother Charles was sent down from Cambridge University for theft. Later, scandal surrounded her elder brother James and half-sister, Sarah, who was also a novelist. I’m not convinced by this argument: these dreadful family secrets were no barrier to her father continuing to write and publish his work – with the unpaid help of Frances as his secretary.

Be that as it may, it was the secrecy about the authorship of Evelina which intrigued me. I began to wonder what would happen if a book was published with more at stake than a reputation. I started to imagine the possibility of a publication that meant real danger to people connected with it. But what could be so important? Again, I found the clues in Frances Burney’s novels and diaries. Her brother James served in the Resolution on Captain Cook’s second voyage; Frances herself met the Tahitian Omai who was brought back to England by the explorers.

Then there was the lure of the Great Southern Continent. I’ve always been fascinated by mythical lands – the island of Shakespeare’s The Tempest, Richard Brome’s The Antipodes, Charlotte Perkin Gilman’s Herland, Arthur Conan Doyle’s The Lost World, William Morris’s Wondrous Isles, C S Lewis’s Narnia, El Dorado, Camelot...all the dystopias and utopias and lands of fabulous wealth that mankind has dreamed of for centuries. (Now we put them on other planets!)

Since the time of Pythagoras, people had believed in the existence of the Great Southern Continent – or Great South Land – which they thought lay in the southern hemisphere. Many navigators went in search of it: Marco Polo, Amerigo Vespucci and Magellan; Dampier and Wallis of England; Bougainville of France. In 1765 Admiral Byron thought he glimpsed this “continent of great extent never yet explored”.

What could be more exciting? The quest for new lands – perilous voyages – scandalous secrets – it was all there! At stake are lives, fortunes, even the fate of a nation…so Ben Dearlove, the hero of To The Fair Land, faces violence, murder and imprisonment because of his obsession with a book about a voyage to the Great Southern Continent. The heroine, Sarah Edgcumbe, is a homeless wanderer who has to conceal the truth about her past. She’s also named, by the way, after Sarah Burney and like her namesake is a writer.

The last great navigator to set sail in search of the Great Southern Continent was Captain James Cook. On both his first and second voyages he was instructed by the Admiralty to search for it, and it was he who demonstrated, once and for all, that it did not exist. But in 1772 his second voyage had only just begun and it was still possible to believe that the Continent existed. So it was at this point in history that I set the events at the heart of To The Fair Land.

To The Fair Land is available in paperback and also as an ebook for Kindle and non Kindle users.

Read an extract at http://www.lucienneboyce.com/fiction.html
Posted by Deborah Swift at 10:13 1 comment:

The Wild Heart by Gina Rossi 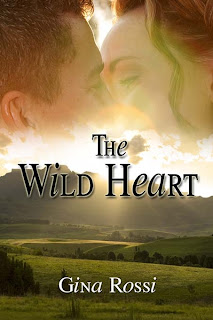 Southern Africa encompasses a vast and beautiful series of interchanging landscapes, a wealth of culture and a million secrets. It is the cradle of civilization and a cultural melting pot. It's a darkly glamorous, wild, romantic world.

I've always wanted to write an historical novel and have read, literally, hundreds. I adore the regency romances, the Edwardian historicals and the fabulous tales of royalty through the ages, but I wanted to do something different. I lived in South Africa for many years and understand (and have witnessed) some of the struggles of that continent. However, those valiant struggles aside, I wanted a feelgood story to come out of Africa. It's time for that.

So, from the golden age of Dutch and French influence on the 18th Century Cape of Good Hope, comes the story of Georgina Blake, a refined young woman from Wiltshire who commits a social and moral blunder and finds herself cast adrift, alone, in the savage African landscape.

Gina Rossi was born in South Africa. She grew up in Johannesburg and lived in Cape Town before moving to England to live near Oxford, in the Cotswolds.

Now settled in the sunny south of France, Gina is able to write full time. Her debut historical romance 'The Wild Heart' was listed for the 2012 Joan Hessayon award. She is a member of the Romantic Novelists' Association (RNA) in the UK, and the Romance Writers Organization of South Africa (ROSA)