The Sins of the Father - by C.B. Hanley 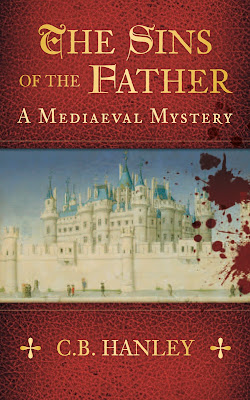 In most medieval literature, nobody pays much attention to common people. For example, in his famed contemporary account of the Third Crusade, Ambroise devotes a whole passage waxing lyrical about the heroic deeds of three knights at the siege of Acre, and then casually dismisses the deaths of five thousand ordinary soldiers in two lines. Someone, he then tells us, has written a list of those who died at Acre:

A good clerk wrote an account of the many princes and counts who died there, and of all those who died in the host who were men of any note, without mentioning the middling and lesser individuals, whom he would never have managed to name if he had tried to include them all, for that would involve too much effort and writing.
(Ambroise, lines 5581-88, my translation).

Yes, it’s too much trouble even to list their names after they’ve died for a cause which was not of their making. Ambroise’s chronicle, along with most other literature of the twelfth and thirteenth centuries, was written for the “1%”, the knights and nobles who could afford to commission it and who had the leisure to listen to it. This audience was not interested in the deeds of common people, so they were conveniently written out.

To a lesser extent, this disregard for the ordinary person is also a feature of much historical literature. How many times have you read something along the lines of ‘he passed his cloak to the waiting squire’, or ‘she called her maid to arrange her hair’? These people don’t have names, only functions – they are ignored most of the time, brought into play when they are needed, and are then expected to drop back into obscurity. But what was it like to be that commoner, that squire, that maid? What were their lives like? What did they think and feel?

All this was at the back of my mind as I started writing The Sins of the Father, and it linked quite nicely with another issue I wanted to include. I read a lot of crime fiction, and I’ve always been struck by the fact that detective characters are predominantly people who are experienced, hard-boiled, been-there-seen-it-done-it types who aren’t afraid of anything. What would it be like to have a main character who wasn’t so experienced? Someone who was, quite frankly, just as scared as you or I might be in a similar situation?

And so Edwin Weaver was born. At the start of The Sins of the Father it’s May 1217, he’s nineteen years old and the son of the bailiff on one of the estates belonging to a powerful earl. He’s reasonably educated, which puts him a cut above the village labourers, but he’s a world away from the nobles in the castle, who live separate lives, speak a different language, and who are, to him, almost a different species. He’s just an ordinary man who is put into an extraordinary situation.

I don’t want to give away too much of the plot (because I’m hoping you might read the book!) but a murder is committed which could have huge, national ramifications, and Edwin ends up having to investigate it at the earl’s order. He’s got no choice – technically he’s his own man, but in practice the earl pretty much owns him and his family, and his livelihood and even his life might depend on the outcome. He’s catapulted into a noble world which he doesn’t understand, with the squires, page and lady’s maid his only companions.

What was important to me as I wrote was that the events of national importance (there is a civil war going on, after all) are only the backdrop to the story. Here it is the nobles who are the incidental characters: they are in the background while the narrative is told only from the point of view of what would normally be the ‘supporting cast’ – Edwin and his friends. I can certainly identify more with them than I can with the nobility, so I hope that readers feel this way too.

Find out more on Catherine's website www.catherinehanley.co.uk
Posted by Deborah Swift at 01:43

I agree with you, Catherine. I always want to know about the ordinary people - the maids and shopkeepers and servants. This sounds an intriguing story.

Adding to the TBR. Sounds fascinating!